1. Put the oats, orange juice and almond milk in a saucepan and bring to boil and then simmer on a low temperature for 10-15 minutes, stirring occasionally until fully cooked.

2. Once cooked, remove from the stove and add the dried cranberries, chooped walnuts, silvered almonds raisins, shredded coconut and cinnamon.

3. Stir into oats until combined.

4. Pour into a bowl and decorate with leftover cranberries, walnuts, almonds, coconut, cinnamon and orange zest and now you are ready to serve. 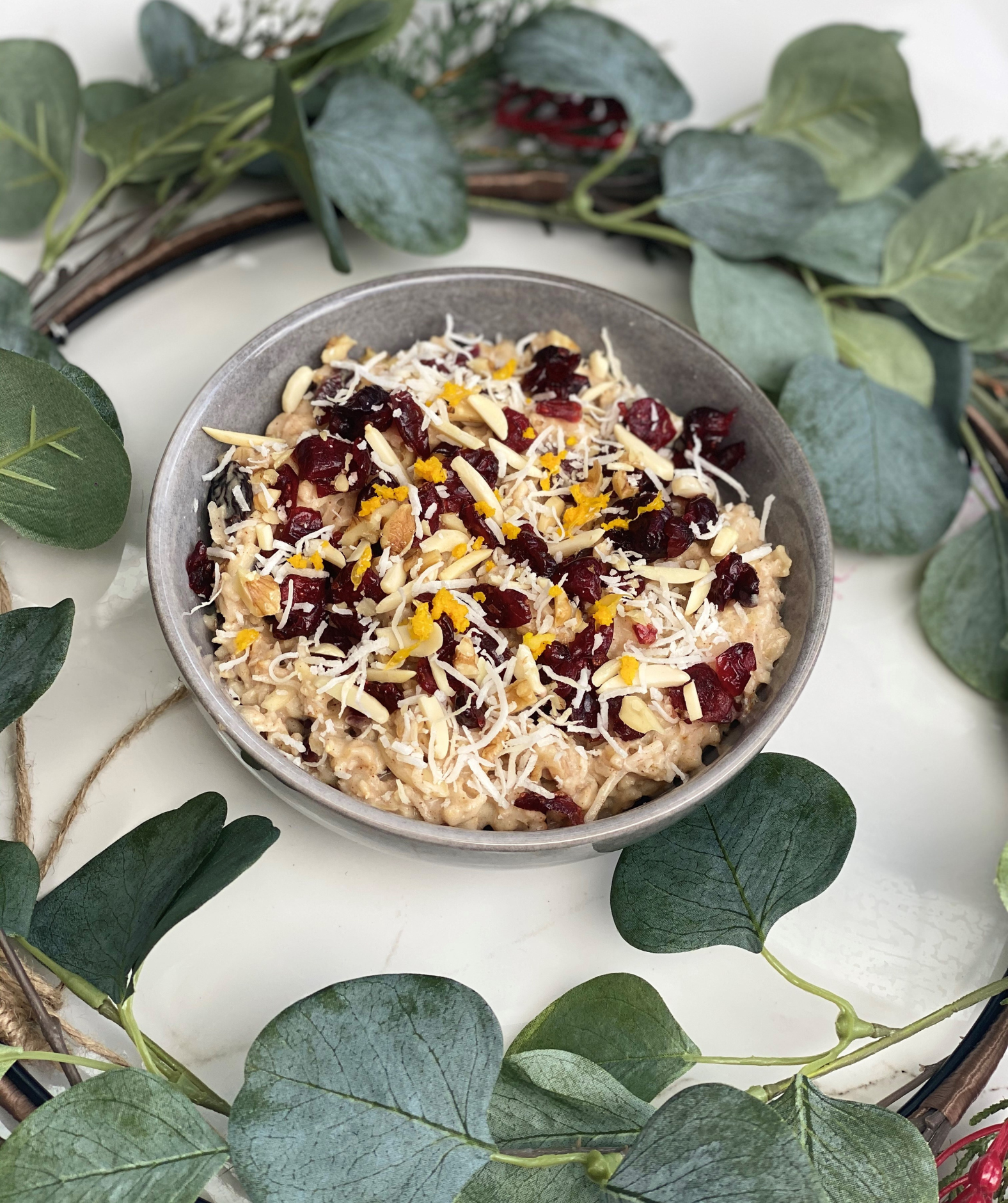